Want to be a Powerful Political Bloc? Follow the Jews!

In politics, everyone wants it, but few know how to get it.  When you watch a Presidential race, it is raw power for the biggest prize of them all.

To win in the game of Politics requires the building of Coalitions.

Also note, that in the Gateway Area (which has voted for Democrats since the Flood), the murder rate is extremely high.

Take a look at this chart: 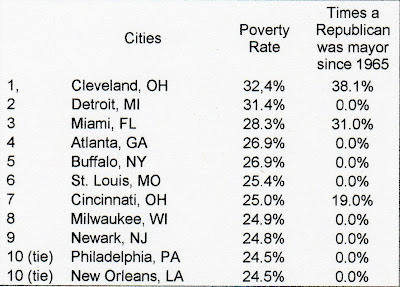 Now, when you vote a Political Party in Power (like the Modern Democrats), they should be able to help their fellow citizens from being both crime victims and victims of poverty.  But looking at the Gateway area of Los Angeles and the chart above, can we NOW acknowledge that African Americans (and the NAACP) giving all their votes to one party has now failed?

This lesson applies to the Gay and Lesbian community and other communities feeling they are not moving forward in their goals.

The best Political players (and their representatives) know that winning people to your side requires a few things:

A) Use the Carrot more then the stick;

B) Expand your reach beyond the voters who already like you; and

C) Put yourself within BOTH parties coalitions (at a local level).

Here is where HBO directors, Dan Savage and the NAACP fail miserably.

Even though I am the only Elected Goth Republican Blogger, to push my views (Social Liberterianism), I find out where I can help.  After helping, I'm listened too.

If candidates want my support, all they have to do is play ball with me.
If I believe in an issue, I fight for it, but within the parameters of the Republican Party.

If you only fight for your issue within ONE political party only and you are still worried about being a crime victim (or being poor), listen to Romney's speech to the NAACP:


For all the talk of how Democrats "love," the poor -- they never seem to rise within the Left.  But there is always room for rich stars from Los Angeles Westside (not from any high crime areas), Upper East Side New Yorkers and corrupt incumbents.

(Please note, I am struggling in this Age of Contraction like everyone else, and the GOP County Party has a place for me. There are no democratic equivalents.)

If you want Power, follow the example of the Jews -- they have invested people in both Parties (no matter how many times Jonah Lowenfeld of JJLA wishes to deny RPLAC Jews their support), their issues are never forgotten (and those Parties and People that do, usually lose Elections).

My questions:
Why deny any American the chance to influence TWO Parties?
And when will African Americans note how Democrats have failed them?
And when will HBO do a documentary on Democratic Party failings in Los Angeles?