This is a David and Goliath story, or even a Cinderella Story.....

This is the story of how Yours Truly toppled a Congressman.

During the Bloomfield v. Waxman race, circa 2012, I did some research and found out for over a decade, Rep. Waxman has NOT lived in the Southland, but in South Maryland.

In the corrupt world of pragmatic politics, you can be a few blocks/miles away from your district (unless your district covers a lot of miles) and be forgiven; But you cannot live outside the State.  It says it, right in the US Constitution:

Article 1, Clause 2:
No Person shall be a Representative who shall not have attained to the Age of twenty five Years, and been seven Years a Citizen of the United States, and who shall not, when elected, be an Inhabitant of that State in which he shall be chosen.

(With major help from Instapundit!)

If you are a Republican seeking this seat, contact me or other members of the 50th Assembly District ASAP.

If you have a good background, you can win.  This is what I do.


My question: What is your David and Goliath story?

Family (And Soon to be Family) Celebrations!

More important then Politics is family.

First, let me congratulate my Sister on her engagement. I am very proud that she met a nice guy and great musician.  How great?

My future brother in law just won a Grammy today.  He is with the Ben Harper Band and he considers my sister his Muse. (That's awesome!).

(As soon as the Video of Ben Harper winning the pre-show becomes available, I'll put it in - until then, here is another great song by Harper and Musselwhite)

Here is the album, Get up! on iTunes.  Pick it up.


Congrats to my sister, her fiance, and Ben Harper!

Cheers from the Valley!

Since I am back (and before I attack the Left, as is my wont, I am trying to fix  Republicans at all levels first), it's time to enjoy a movie. 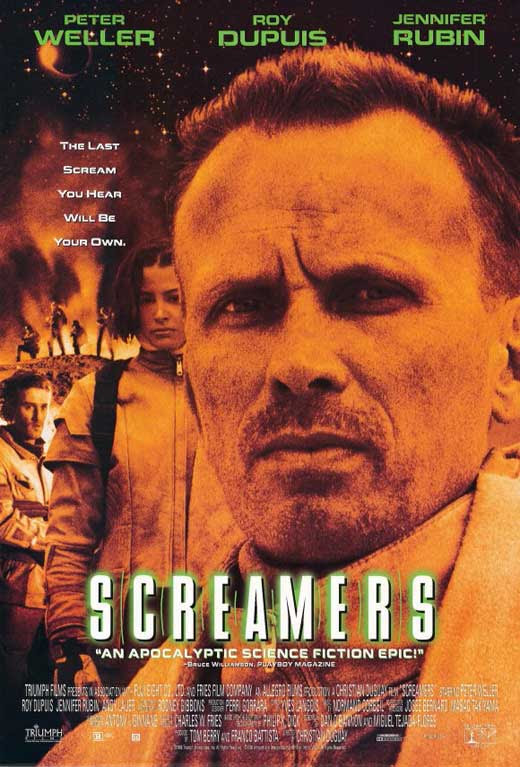 As I mentioned, if RPLAC cannot get together, things will fall apart.  And if you're looking countrywide, there is a Tiberius like attack on Right activists.  Pragmatic Partisans will get the connection; Ideologues will not.

Screamers  is where society will land unless alliences are formed .  More on this during the week.


Next post, I deal with the changes at the RNC Winter Meeting.

Does RPLAC Stand Together and Fight? Or Shall the Democrats take the Ring?

I was going to put together a campaign this season, but I had to cancel those plans because of a breakdown between the Two Groups within RPLAC:

1) The Liberty Caucus -- Ron Paul Supporters; Paulbots, Conspiracy theorists and Paleoconservatives. These are Idealists; and

The Liberty Caucus is made up of people who will follow the words of Former Rep. Ron Paul over the leadership of any other Republican. Many of them refused to vote for the Republican Presidential candidate in 08 and 12, because Rep. Paul did not win the primary (I've had many conversations on FB with such people).  They espouse a Fortress America standpoint and almost hatred of working with foreign allies; The Liberty Caucus would rather strike at Republicans first (as Ron Paul did against Reagan in 1986) then work with them.  Cue Cult of Personality by Living Color.

Even Social Conservatives know the value of alliances.  Not the Liberty Caucus.


Secondly, the Reagan Caucus are made of people who worked with many coalitions and are trying to bring Los Angeles back to Republican hands.

Instead of a Fellowship to destroy the Democrats, RPLAC is in a Civil War. 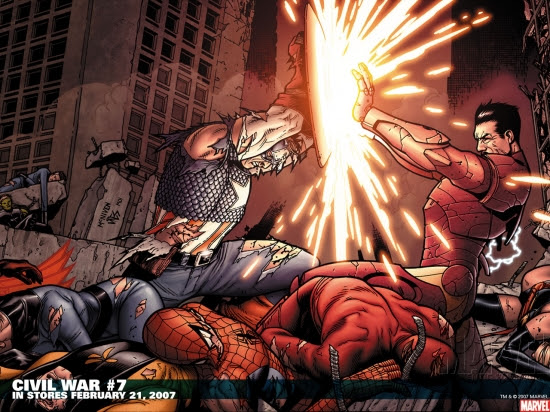 How did we get here?

Before the re-structuring meeting, the Liberty Caucus promised Future Chairman Vafiadesthat they would work together to form a United Caucus.  After having Three Liberty Caucus members on the board (unopposed), the Liberty caucus reneged and worked on adding a Fourth (Arturo Alas) during the same meeting.

In politics and policy either you have your word or you don't.  This first moment defined the Liberty Caucus -- willing to renege if it suits their purposes.  Boromir did the same thing to the Fellowship when he chose the Ring over the goal.

There have been many meetings where it breaks down into chaos because a Liberty caucus member will not follow the ruling of the chair;

There have been many meetings where the Liberty Caucus would rather go to war with Republicans then build a coalition to defeat Democrats;

There have been many meetings where the Liberty caucus refuses to understand protocols.

Each time, it leads RPLAC away from being able to help candidates and makes it harder to gain ground during this election cycle.


And this past week, Stan McClain (Liberty Caucus) sent out an email to every RPLAC member attacking Chairman Vafiades (Reagan Caucus).  This is not the way to build a coalition. Where is the give from the Liberty Caucus?

The Goal of the Reagan Caucus within RPLAC is to win more seats for Republicans from the Valleys to the Ocean.

The goal of the Liberty Caucus is to frustrate the Reagan Caucus and RPLAC from doing its job.  Rather then work with Gandalf, Saruman looked out for himself.

The Liberty Caucus wants Isengard and the Shire; I want to win Los Angeles.

III. Sending the Eagles to Mordor

By rights, I should be in the Liberty camp. I am a small-"l" Libertarian (see "Commerce, democracy and Rock & Roll,) but their attacks on neo-cons, Israel and a false belief in a Fortress America scares me from their camp. (Heck, Reagan was a neo-con!)

Liberty to choose means freedom to be who you are.  If the current Libertarians weren't part of a cult of personality, again, I might have joined them.

And because a local Liberty group cannot work with the 50th GOP Assembly District committee, I cannot run until that bridge is fixed. Their is too much infighting not enough pointing our sticks at Democrats,  Oy!

My message to County and State parties:

Your Liberty Caucuses cannot be trusted.  They work for the Paul's not the GOP.  It is time for Chairman Priebus to have a meeting with both Paul's and discuss what the words Loyalty, Trust and Alliances  MEANS because Liberty Caucuses within the GOP have none of these qualities.

And what can be done fix RPLAC?

I suggest a meeting between the head of the Liberty Caucus and Chairman Vafidates at the CRP offices in Burbank with the CRP and RNC consul there (Might I add Shawn Steel and Harmeet Dhillon?).

Work out a deal.  If the Liberty Caucus reneges (again), RPLAC can rid themselves of a disloyal group.

But as I've been told many times, Social Conservatives make deals, Paul Supporters care nothing for alliances.

Liberty Caucus, prove me wrong. (And someone tell Jose Aguilar that there are no Neo-Cons under his bed! They are members within RPLAC!)

My question: Why do the Paul supporters work to undermine Republicans, not Democrats?

If you want to be a Republican Governor in California, Remember the Lessons of 2010!

This first (real) post of the year deals with something I care very much about:


Who will run for the Top of the Ticket in California (influencing the Down Ticket here in the Southland)?

Within 72 hours, one candidate dropped out (Abel Maldonado), another helicoptered in (Neel Kashkari) and another maintained his ground (Tim Donnelly).

The last Gubernatorial Election, we had a policy maker with no Political experience win the Primary (repeated on a national level in 2012 with the same team!) against a candidate who worked within the Party Structure who built connections. The Party Guy lost and we all lost in 2010.

Lesson 1) Money does not win elections; Ground support and loyalty does.

Lesson 2) Candidates for the Top of the Ticket need experiences in winning and losing campaigns.  If you never run, one low blow will knock you out of the Election.

Also, 2010 was a Tidal year.  For all the work that came from the Whitman campaign, she was the wrong messenger when we needed to FIGHT THE POWER! Heck, the GOP owns no major positions in CA, we are the rebels and the underdogs, if you are not singing that tune, you've given the game away.

Lesson 3) The biography of the Gubernatorial candidate will be the message as well as the Policy espoused.  Don't fall into the trap of thinking your past and present has no bearing on Democratic Party attacks.

What galled me about Whitman's team was how they spent no time or Political Capitol dealing with the local activists. Poizner went into the lion's den of the San Fernando Valley Republican Club; into the headwinds at the SDGOP and also met with everyone at RPLAC.  Whitman's people spent no time making nice with the local activists who could have helped.  We know how that turned out.

Lesson 4) If you are unwilling to go into Thunderdome with your own activists and take the hard questions, you will lose the General Election.  Win the Primary by winning the activists.  Money does not win them, only how well you do under fire.

And finally, look at this map of California:

We own the outer counties, to win the Central Valley, talk about the Delta Smelt and to win in LA, look at the traffic on the 405 and 101.  There is saying among Old School Republicans here in CA: Governor (and President) Reagan did not win State (or Country)wide, he won precinct by precinct.

Lesson 5) Don't take any vote for granted, and use the local activists to help you get into areas most Republicans are not campaigning in (yet).  Fight for every vote as if you were behind 20 votes.  And be sure to have people making sure each vote is legal!

My question: What lessons would you give to the CA Gubernatorial candidates?

Thanks for the links Blackmailers Don't Shoot and The Other McCain!

Returning with a Rule 5 (A Gothy Muse, of course!)

As I mentioned before, a piece is slowly moving into a place to make it easier for me to Blog.

Since I've been away, I owe a Rule 5 for my Blogging friends.  No Tip jar tonight, that's only at the front of the month.  Enjoy this post, some local politics right after.


See you in the next post!
Labels: Addams Family, Blogging, Goth, Morticia Addams, Muses, Rule 5, Valley issues
Email ThisBlogThis!Share to TwitterShare to FacebookShare to Pinterest
Posted by JSF at 10:10 PM No comments: