Donald Trump, The Joker and Suckers on Three Card Monte

As a member of a County Party (RPLAC -- 50th Assembly District GOP), and a Delegate to the State Party (CAGOP), let me ask the NVGOP one thing:

How could you mess up your own Caucuses?

The Democrats had the same problem the week before, Clark County GOP and NVGOP should have been prepped and ready Caucus night.

The chaos gave Donald Trump a third victory. Thanks/ sarc.

I grew up in Queens, NY during the 70s - 90s.  During that time, I saw Trump become a major player in a Big Town. (Anyone who tells you Trump had no clout against Hillary Clinton in 2000 never lived in New York City during the 80s and 90s).

Trump...told an Albany radio station that he expects de Blasio to be a good mayor and is not alarmed by the candidate’s agenda, which includes greater taxes on the wealthy.

Trump went on to say: “ I think pretty strongly that he’ll end up being a good mayor, maybe a very good mayor and I don’t think he’s going to want to kill the golden goose.”

Let's take a lesson from some friends at the Magic Castle, here in Hollywood:

Every voter on Super Tuesday, did you see that?  That's Trump's campaign!

And who is the Queen of Hearts?

What is Trump's role in the Republican Primaries?

He plays the Joker from Batman, bringing chaos into order (see Nevada).

In Brian Azzerello's Joker, the Joker leaves Arkham Asylum and works on taking back his "territory" in Gotham City. Using fear and chaos, he takes back most of his holdings [SPOILER ALERT: Before facing Batman, his last battle is with....Two-Face and his troops. SPOILER ENDS].

Azzerello's Joker and a three card Monte on the Republican Primary voters equals a Secretary of State Clinton win.

Don't be a sucker on Super Tuesday.

My question: Why is Trump trusted when he has done nothing for Republican candidates and governance when it mattered (in 2006 and 2008)? 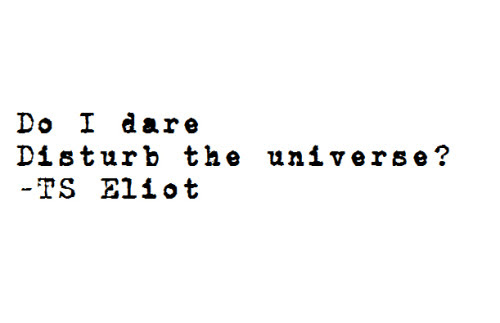 Circumstances have brought me back (slowly, ever so) to The Valley.

Hello all! Missed me?

In a certain sense, 'Tis Election season and I am up for re-election in my district's Central committee (1 of 7, all good people). In another way, there was a bureaucracy in the way. No more.  And finally, on January 11th of this year, I had a (small) heart attack.

Upon my return, I have a love of TS Eliot poems (The Wasteland and the Love Song of J. Alfred Prufrock), Alternate History comics (Pax Romana and East of West) and Weird Westerns.

During the time away, I spend time in the Rainbow Bar and Grill  (Lemmy is G-d!) and The Whisky-A-Gogo.  Great food, good place, kickass music and awesome people. So I love trying to save the historic part of Rock and Roll on Sunset Blvd, if needed.

So, hello again! I hope to do a little more in the Valley after the Long Break.

Enjoy some music and poetry.  If all goes well, my first post will arrive soon.

"The Love Song of J. Alfred Prufrock" by Eliot