For the past 85 weeks or the past year and a half, my situ is not conducive to Blogging.

However, there is a Foreshadowing of good news ahead (of which I cannot write until much later), but suffice to say, the Valley will be active again.  I still follow news, blogs and databases, but I cannot write about them until the Chess Piece that moved 85 weeks ago moves into a better position on the Board.

In less then a week is the California Primary (yay! But Damn Prop 14!) so tonight I will Blog Endorsements from the Governor's race to the Assembly races in Los Angeles (with a note to CA-52 in San Diego because some partisans forgot Reagan's 11th Commandment).

Since I am now engrossed in a Weird West/Sci-Fi/Alternate History/Apocalyptic Comic Book called East of West (Starring Death and the Three other Horsemen - yes, THOSE Horsemen), let's watch a 1971 movie called Red Sun starring Charles Bronson which bring elements of Samurai and Cowboys together.

First some music by the upcoming band Nostalghia, 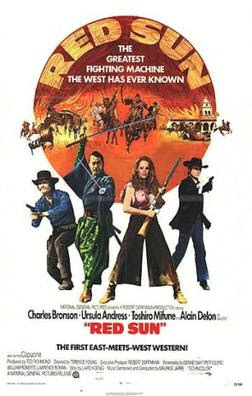