Wagging the Dog: The Fall of Cantor and Whipping the US Chamber of Commerce

Now, some local news from the Washington Post (which follows Beltway and Leadership Primary Races):

"By Tuesday night, he had suffered a defeat with few parallels in American history. Historians said that no House leader of Cantor’s rank had ever been defeated in a primary.

"That left stunned Republicans — those who had supported Cantor, and even those who had worked to beat him — struggling to understand what happened.

"Several said they believed that Cantor had mismanaged his campaign, with a strategy in which he was too aloof and his tactics too aggressive. In Virginia, some Republicans perceived him as having grown removed from his 7th Congressional District, spending too much time on national fundraising and Washington infighting.

“'Cantor’s field effort was nonexistent. You didn’t see a heavy Cantor presence at Shad Planking, one of the premier Virginia GOP events, and the movers-shakers in the group he works with, YG Virginia, did not have the staff to fully compete,' said Andrew Xifos, a Virginia Republican organizer. 'Brat was always an afterthought to them, even as they spent a lot of money. Central Virginia politics was changing around them and they did not see it.'
...
"Brat was boosted for months by conservative talk-radio hosts, including Laura Ingraham and Mark Levin, who touted him as a contender to their listeners and drove small-dollar donations into Brat’s coffers.

"Unhappy with what they considered a too-hesitant-to-fight GOP, they championed Brat as a fellow warrior for an ideological cause, lifting him with the GOP’s base as he hovered under the national radar.

"After the race had been called, Brat spoke to cheering supporters in the atrium of a nondescript building at an office park. He told them that he had won by adhering to conservative principles.
...

"If this is the end of Cantor’s political career, he may become a cautionary tale on Capitol Hill. He had tried to please both of the GOP’s warring wings, the staid establishment and the confrontational tea party movement.

"In the end, that approach brought him power, but not enough loyalty to keep it.
"The dour and businesslike Cantor had embraced confrontation enough to alienate some establishment types — in particular, by showing pique in negotiations with President Obama over a budget deal.

"But he also had made moves that alienated the party’s confrontational wing. Cantor, for instance, had championed a Republican version of the Dream Act, which would enable some illegal immigrants who entered the country as children to qualify for in-state college tuition rates. Although he never brought the legislation to the House floor, his support for the idea irritated staunch opponents of immigration reform.

"For other Republicans in Congress, the message of the defeat was that if you try to play both sides of the intra-party divide you will lose. But how Republicans can govern without bringing both sides together remains a question."

There were warning signs that kept piling up. In April, Brat supporters vastly outnumbered Cantor allies at local GOP meetings. Then in May, tea party fueled activists knocked off Cantor’s choice for local GOP chair in Cantor’s home base of Henrico County.

But Cantor’s aides consistently brushed off the challenge, telling reporters and fellow GOP aides that the contest didn’t merit the media coverage it was getting

Brat severely trailed in fundraising, pulling in $200,000 this cycle compared to Cantor’s $2 million.
...
The AP gets to the heart of it:
Much of the campaign centered on immigration, where critics on both sides of the debate have recently taken aim at Cantor. Brat has accused him of being a top cheerleader for “amnesty” for immigrants who are living in the U.S. illegally. Cantor has responded forcefully by boasting in mailers of blocking Senate plans “to give illegal aliens amnesty.”

And so the toppling of Cantor will lead to a gut check for the GOP: go all “scorched earth” and run amnesty through despite the base, or deal with the reality that those spiffy Progressive ideas have all the appeal of a dirty diaper outside the Beltway.

Time to ask: What happened and why?

The story written is part of another story told, the battle between the donor class vs the Volunteer class.  It is playing out on the National level

Here is a song for the analysis:

In President Ford's biography, he mentions how in every generation there is Regicide within the Republican House Leadership ranks (see Gingrich, Speaker and Boehner, Speaker). With the threat of Regicide of Boehner, this was counterattack from the outside forces, also bringing up the one issue that could wag the dog.

The donor class takes the volunteer and staffers for granted.

The second tale behind this story.

How many times have Republican activists and electeds supported the US Chamber of Commerce from attacks from Democrats and this current Administration?

To be an activist or Elected, from the ground level it is a simple philosophy which I addressed here.  The economy, no matter how much happy talk the Administration and the media puts out, still sucks. And to throw out an Amnesty Bill, which every Republican activist is opposed to at this minute into the mix?

Whisky Tango Foxtrot William Donohue?  Ever heard the word "Diplomacy?"  Until the economy gets back to under 5% unemployment, why should you push an agenda that helps the Democratic party?

The Donors think they own the Republicans; The Tea Party came about as a rebellion against the Establishment in DC forgetting the public. What just happened last night was a reminder who is wagging the dog. 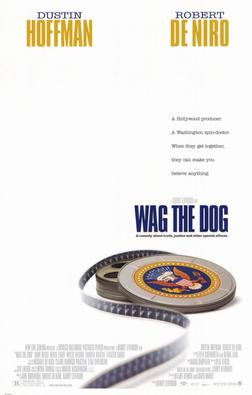 Rep. Cantor's former job was House Whip.  His job, was to make sure the votes are there for victory (Or take your Francis Urquhart/Francis Underwood).  The donors have forgotten to wine and dine the volunteer and staffers who count the votes.

Mr. Donohue thought he was wagging the GOP (there are local parallels in this, but another post), but it is the on the ground folks (especially the VAGOP) who have been heard.

If the Activists wish to control the GOP, we need to plan a siege of the Donor class unless they help and listen to us.

This is the First Step to whip the US Chamber; the second step us to speak to their local affiliates and ask them to come visit every County GOP office and offer to help.

My question: Will the US Chamber of Commerce and the Donor Class listen to the Volunteers and Activists now?